The Only Good Hand Was the Last Hand - FOLD EQUITY

The Only Good Hand Was the Last Hand - FOLD EQUITY 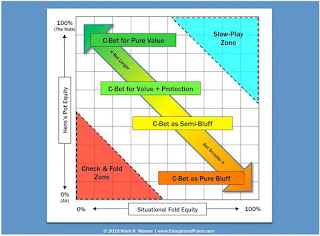 "It is the equity a player can expect to gain due to the opponent folding to his or her bets."

Folding?
It depends as much on the type of table you are at as it does the type of player you are playing, maybe more.

Most comments about any type of play center around a specific player and tends to be focused on becoming heads up after the flop, if not during the flop.

That only happens about 30%-40% of the time live and almost nonexistent on-line. Aggressiveness is the only game in town when paying on-line, but in a live cash game, aggression is sometimes fleeting, most times it's random to intermittent.

If you're at an aggressive table, there may be no real fold equity, because you are usually up against 2 to 3 villains. If you don't really know how much they have in their pocket, which you don't, you can't really tell how aggressive they are going to be. If you have watched the table, which you should have before sitting down, you can tell who is the Loose Aggressive and who is the Selective Aggressive player. Their fold equity is quite a bit different than the passive player that sits in-between them.

Essentially, fold equity is the extra amount of equity you gain when you factor in how likely your opponent is to fold. Working out the correct amount of fold equity relies heavily on your ability to read an opponent. In other words, you need to be fairly certain of your chances to get an opponent to fold. But how about 2 villains or even 3?

The formulas you read about in the most popular strategy sites are only good for a head-to-head battle.
With multiple opponents, you have to rely on multiple reads and your initial threat assessment for each villain.

A final word of warning…https://www.partypoker.com/how-to-play/school/advanced/fold-equity.html

When playing against really loose aggressive players, your fold equity will likely be close to zero. This is also the case against players with really short stacks (very few playing chips) at a cash/ring game as well as in tournaments. Short-stacked players are less likely to fold, as they need to take more risks. 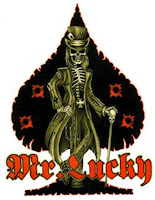