NLH Poker: Reading the board (Part 2) 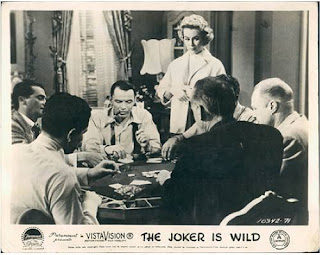 So let's talk about some standard types of FLOPS.
Everyone knows that the flop defines your hand. The thing you should be asking yourself is, who would be playing to this flop? And you can kind of figure out most of the possible hands according to position, card ranges and betting patterns.

The best hand likely to hit on any flop that doesn't include a pair is trips and most players that hit trips are going to slow play to trap other players with good drawing hands or even 2 pair. Pocket pairs only happen once out of 16 hands, so two players having pocket pairs is unlikely. Someone will flop a pair about 42% of the time, but considering that the minor cards (2-7) are usually mucked, we're probably down to less than a 30% chance that someone paired the board, and flopping 2 pair happens less than 5% of the time. It may be best to vary how you slow play by checking out of position or if in position, calling any bet or making a small bet. Heads-up on the FLOP is the most likely place for the bluff to start, but more likely where the betting tells come into play.

Ace with Rags
FLOPS like Ah 3d 9s - It's the position players that will drive the pot. If you don't have the Ace, someone likely does. The best hand is pocket pairs for the sets of AAA, 333, 999, and the 33 may have been mucked anyway depending on position. How many players that are in the hand, after the pre-flop betting, are going to hit anything?
Early position players that bet, probably have the Ace because they aren't likely to be playing anything with a 3 or 9 unless it's a pocket pair. They could have a suited Kh like KQ or KJ, and may have mucked K10 and QJ if there was a lot of action pre-flop. They may be betting on the nut draw, but they most likely aren't going to bet more than the pot and might check raise a set.
Middle position players that are the first to bet may have the same type of hand as the early position players, but might also try to represent the Ace with a probe bet. If they have to call a raise, they are more likely to call with a set or 2 pair or raise with an A10 or higher kicker. Passive players are only going to bet if they have paired their Ace or hit 2 pair or a set, they aren't likely to slow play it.
Late position players that are the first to bet are most likely going to bet 2 times the Big Blind, or more, with anything. Checking is just too weak, but it might be a good play if they know that the blinds or button are loose players that will bet if no one has or call any normal bet with only one player before them. Late position players could call any raise if they have pocket pairs higher than the 9, or raise with an Ace with a kicker higher than the nine. Might call any raise with 2 pair or better. A raise should get everyone to fold except another Ace with a high kicker or 2 pair or an set. Passive players are only going to play the nuts, but may not raise if they think they can be beat.

Two high cards with no ace
FLOPS like Kc Qd 7C - The kind of hand that may see lots of action. The best hand has pocket pairs for trip KKK, QQQ, or 777.
It's the kind of hand that can get someone in a lot of trouble. Second pair, QQ, is very vulnerable. Anyone who calls must have the King or AA or 2 pair or a set, they may even raise. The chip leader, if loose aggressive, may even re-raise, suspecting a bluff or representing a King with a higher kicker, if they can afford to lose. Bottom pair, 77, is already beat by too many possible hands. Most players hold just about any face card
Early Position players that bet are likely to have a strong hand since they should only be playing the top 5 or 6 hands. Now you have to look at the type of player in this position. Passive players may overplay the hand and force all of the money out, unless they are on a nut flush draw holding Ac Xc, then they will probably fold to a normal bet down the line. Aggressive players could be playing any of the top 15 or even 20 hands and would bet 3 to 4 times the blinds. You don't slow play this type of board because of all the players who keep these cards, anyone could have 2 pair. Someone with bottom pair, 77, will likely fold to a big raise.
Middle Position players that are the first to bet could easily get sandwiched between AA or a set of Kings/Queens, if the early position player just checked and the late position players could have the club draw or a set of sevens. Middle position is just about the worst place to be with this type of draw, unless you have a monster.
Late Position players that are the first to bet are still going to bet 3 times the blinds. If they only check, then they could be on an Ace high hand or lower club draw, or even looking to check-raise with a set or 2 pair. Most are going to raise to at least steal the blinds. Passive players are most likely to make a weak bet or just check. Late Position players that have to call or raise can't really bluff here, unless there is only one other player in the hand, and it's a weak player. With 2 or more payers in the hand before them, they have to have a good hand that can beat a player that pairs the board but has a weak kicker.

A high card, no ace, with 2 rags
FLOPS like Qs 8h 4h - the kind of flop that may miss most hands. The best hands possible would be pocket pairs for QQQ, 888, 444, and 44 may have been mucked depending on position and player types. Still reading "Poker Wizards" by Warwick Dunnett and the section by Mike Sexton talks about bluffing opportunities. Flops that have high cards without an Ace can be represented as having the high card when they sense weakness on the other players. It's one of those areas where your cards may be irrevelent. You can bluff out the players with the Ace, even if they have a high kicker.
Early Position players that bet, if they don't have trip Queens or Eights, probably have the AQ, maybe KQ, for top pair and a great kicker. They're not likely to have Q8 or Q4, unless they are aggressive players because good players and weak players will muck them. Shouldn't be any checking here, unless someone has AA or KK, even then there should be a good size bet to limit the field.
Middle Position players that are the first to bet can almost go to steal the blinds from this position. It's still more likely that they need AA or KK or trips or 2 pair to even bet here. Just about everyone who checked or made a minimum bet is on a draw, because anyone who had a Queen may have kept it if there were weak bets pre-flop and hands like JJ, TT, and 99 may be too timid to push a big bet, they will probably make a probe bet. Middle position players that have to call a raise need a top hand like AQ, KQ, possibly QJ or 2 pair. AA and KK could call a big raise, but may re-raise to see if someone has a set. Someone with middle pair, 88, needs a high kicker and they are lilely to call a probe bet instead of re-raising. Bottom pair has to fold to a big raise before them.
Late Position players that are the first to bet can represent a lot of hands and will likely be able to steal the blinds. They need a monster hand to call a big raise from this position and can slow play a monster if there are weak bets before them.

Rags.
FLOPS like 9d 6h 2c - Pretty much missed everybody. Hands with the 9 probably have a good kicker and A9 should be leading the betting, unless someone has pocket pairs higher than the 9. The best possible hands are 999, 666, 222, and the 666 is the sign of the devil, so it's pretty much the hand to watch. If the pre-flop betting has been vigorous, then the 22 was probably mucked anyway. There's something about these middle cards that seem to make some of the pros salivate if the pre-flop betting has been unremarkable. Holding cards like T8, 78, even JT, are not uncommon, but if the pre-flop betting was heavy, those cards are gone.
Early Position players that bet first probably have a pocket pair or AK or AQ, they would probably check if they had AJ or AT. They shouldn't have any thing with a 9, unless the pre-flop betting was light. Any other hands will probably be checked and mucked to a bet or raise. Early position players that call a bet or raise probably have a pocket pair, AA to JJ and may have to muck the JJ if the betting was heavy. They could have slow played the set of 999 and really shouldn't be playing anything less.
Middle Position players that are the first to bet could have A9 or a pocket pair, but should at least bet 2 times the BB with any 2 cards since they had to have something to even make it to the flop and there is sure to be a bet after them if they check. Middle Position players that have to call a bet or raise can't mess around here. They are going to have to raise or re-raise if they have anything they think can win or muck all those second best hands. If they have a ton of chips, they can try to buy the pot, but only if the pre-flop betting was weak. They are very likely sandwiched between to good hands and out of position.
Late Position players that are the first to bet can represent just about any hand they want and should be able to steal the pot with a normal bet, they could even play this one dark. The type of hand that suits Arnold Snyder's Rochambeau style of play. If there are lots of checkers before them, there could be a trap being set, but most likely the flop missed everyone. Late Position players that have to call a bet or raise still have a decent chance with their top pocket pair or middle to low set. They will need to catch 2 cards for a straight or flush, so those draws should be gone, even the 78 won't stand up to a decent raise. Most likely no one went all-in unless they have a hand that can be beat at the turn or river or they are short stacked.