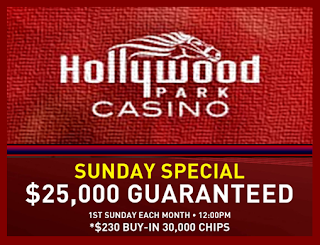 Still haven't found the time to play in one, but it looks like a good Tournament.

Most tournaments are geared to be top heavy in payouts which makes them less profitable if you only get "In-The-Money".

Players have been clamoring for a more "fair" payout structure. So fast games with a low "M" tend to be more of a gambler's tournament even if you get to the final table.

I didn't play in this one but it looks like they are improving on their tournament structure in some of them, we'll see as they start moving to the new casino and get more players from the new facilities surrounding them.

So what kind of tournament do we have?
Allen 'Chainsaw' Kessler "Approved"?
'Action' Dan Harrington Approved?
Arnold Snyder Approved?


Here is my assessment of the Tournament Value  for Hollywood Park Casino's  First Sundayof each month, Feb 2017. $25,000 Guarantee.
$230 Entry Fee win no rebuy/add-on. They need at least 129 players or entries, including re-entries, to meet the guarantee, as only $194 of the entry fee goes the prize pool.
Hopefully there will be at least 144 players for Optimum Value.
Their regular Sunday Tournament is also @ Noon for $150 entry and a $12,000 guarantee, with $30 going to fees and $30,000 in chips, no rebuy? We'll get to that one later.
Unlike many of the low limit Texas Hold'em cash games, this looks looks like it isn't on the fast side, with 30 minute blind changes, but only  for the first 3 blind changes and fairly deep starting stack of 300 Big Blinds with a Utility "M" of about 200 Big Blinds, until it gets 30% faster at level 5.

The $230 entry fee will get you $30,000 in chips and you can re-enter up to the 9th Level, or about 3 hours and 30 minutes into the tournament.  Don't wait until then to get into the tournament because you'll be down to less then 40 Big Blinds by then if you haven't increased your stack.


You reach the Minefield at about Level 4,  which is still not too bad at 150 Big Blinds, since you need a minimum of 60 Big Blinds at all times, to be competative. If your average win/loss rate is 50% and with the ante kicking in, you have only about 70 hands left before you have to play a Kill Phil kind of game. The Minefield has a long fuse, about 4.17 hours and should end about Level 15.5, where you will need at least $360.000 in chips to continue at the Bubble Phase and on to the In-the-Money Phase.

The Minefield is fairly deep, which means that's where most of the action is going to be as players try to improve their stacks. At level 11 and 12, about 4 hours into the tournament, it should start getting exciting as short stacks are going All-In and medium stacks get cautious.

You have a almost 4 hours to Double Up your stack, which means you can change gears several times to maximise your play.

Being a tournament more geared to Luck, at about 16%, than Skill, at over 90%, Tight Passive players are likely to get run over, and this one could go for close to 8 hours or more. Haven't seen the results, I don't think Hollywood Park Casino publishes them. 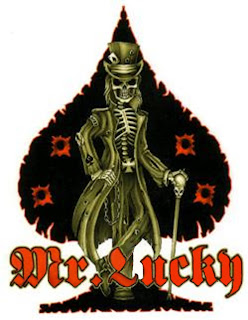