The minefield in poker usually starts when the ante begins. It's when aggressive players start to really attempt to steal the blinds and generally lasts until the part of a tournament where non-aggressive players would be blinded out of a tournament or the bubble period begins.
Minefield attacks are used in poker tournaments and are based on stack sizes, used primarily for stealing pots with moderately strong starting hands or B+ to A- flop textures. [see Flop Textures]
Big stacks attack Short Stacks, Medium Stacks attack Big Stacks and Short Stacks attack Medium Stacks.
Playing a medium stack in a tournament minefield is more dangerous than playing a short stack. A medium stack will be 50 to 60 big blinds. With tournaments now going to games with a Big Blind ante, stacks take on a different strategy. 60 big blinds have a utility of about 40 hands depending on the blind change interval.
Many tournaments have 20 minutes between blind changes. At 2.5 big blinds per orbit, you're looking at your stack going down to 15 big blinds when the deal gets back to you, as the blinds, and ante have tripled . Most live games have about 30 hands per hour, that's only 10 hands per blind change. Short stacks, 10 Big Blinds or less, will be going All-in for the rest of the tournament.
If you have a medium stack, you must increase your stack by 20 % every orbit, or double up each hour. In order to be competitive, you need to play about 20% of the hands you are dealt, that's 6 hands per hour. Each hand will cost about 7 to 10 big blinds to get to the river.
Picking playable hands is crucial in the Minefield, but you can't just play premium hands to survive. You have to learn how to use the Luck Factor as a skill. Learn how to play marginal hands in optimal situations.
Advanced Poker Tournament Strategy 2, by Arnold Snyder.
[caption id="attachment_11" align="alignnone" width="248"] 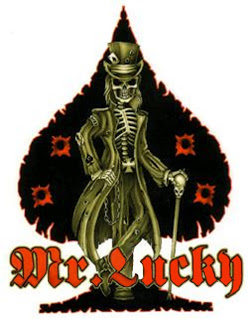