14 World Series of Poker Bracelets
Phil Hellmuth, the "Poker Brat". Love him or hate him, I hear he's reasonably sane away from the Poker table, but you can't deny his success at the green felt arena.
14 WSOP Bracelets, to go with his 108 WSOP cashes, a record, 7 of those at the main event, and 52 WSOP final tables, also also a record! What is really amazing is that 22 of his final tables have not been at Texas Hold'em events, like Seven Card Razz, 2-7 Lowball, Seven Card Stud, Stud Hi-Lo, Omaha Hi-Lo, Pot Limit, Limit, No Limit Omaha Hold'em and event that great game of HORSE, a mixed poker, as well as the Poker Players Championship eight game mixed event. He also finished 4th in the 2012 "Big One for One Drop" $1 Million buy-in event, for a big $2,645,333 payday, which only had 48 players, of which 9 players finished in the money. He's even got his own logo.

Up until the advent of micro cams to view a players cards while playing poker, the field of participants never got over 8,773 for a single event at the World Series of Poker. Back in those days they had only a few games that were played and only a few WSOP events. The first few years of the WSOP main event had less than 20 players. It added a few games and tables and you only had to outlast less than 100 players in the big game, which after 20 years grew to around 200 players.

This year there were 68 events, some of the poker games have come and gone, but the audience has grown every year, even after Poker's Black Friday, which actually helped increase the live game venue. The new kid on the block this year, the "Colusus", with low buy-in of $568, had 22,000 players, exceeding the projected max expected to be 20,000. The winner got $638,000 for a $568 buy in, a cool 1.123:1 profit. I expect it will be even bigger next year, and more of the WSOP satellites will include a low entry event.

Most casinos that even offer poker now, only spread a few games for the cash table players and the tournaments are mainly designed to get you to bust out early and get you back to the cash table games, same with the card rooms at places that are not full fledged casinos. The WSOP events are structured a little better now and with the 22,347 players for one event, not to mention the other 67 events, the Disneyland of the desert should be making lots of money. The entourage for each player may be an additional 2 or more people, who may spend a few hundred to a few thousand dollars each, because they have to stay around for up to 5 days for the one event. That's a lot of income for Sin City.

One of my favorite poker games is RAZZ, a great poker game, and the one Phil Hellmuth has been specializing in lately, which helped him win that bracelet this year and $271,105 for 1st place. It may only have had 102 players, but at $10k per seat I'll take a 27:1 profit any time I can. It's lots eaiser than trying to beat 22,374 No Limit Texas Hold'em players. 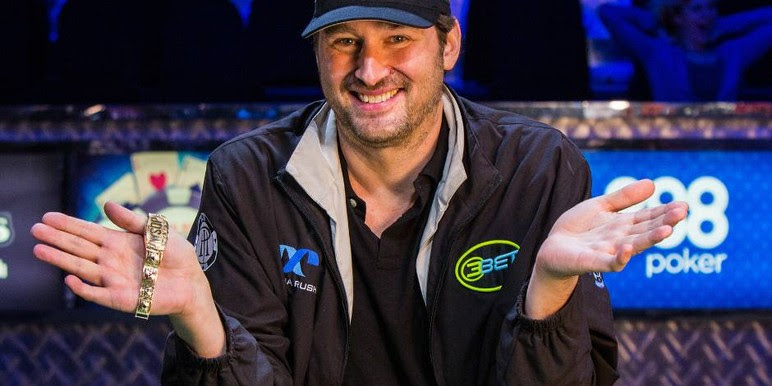 Now how about that Paper Microscope!