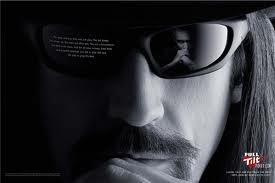 A revolution in the social sciences began in the 1920s, when the man Time magazine called "the best brain in the world" decided he would work out how to win at poker. John von Neumann's quicksilver genius accelerated the development of the atomic bomb by a year, and he was one of the fathers of the computer.

Armed with Von Neumann's mathematics, even a computer could learn when to bluff.
Real poker is hugely more complicated--and so, too, is real life. Von Neumann may have played down this objection because he and Morgenstern developed a theory of "zero sum" games, such as poker, where one player's loss is the other player's gain. If you play the optimum strategy in that sort of situation, and the other player makes mistakes, you will win. But real-life games are not usually zero-sum. It is also a reminder that in most situations, the point is not to beat some opponent but to do well for yourself. That will involve understanding the man on the other side of the game. If you think he is rational, and he isn't, your strategy will go badly wrong.

Some brilliant mathematicians and economists have worked hard to patch up these holes in the Von Neumann project, including Nobel prize winners, the most famous of them all is John Nash. Von Neumann, consumed with envy, dismissed the young Nash's result as "trivial"--meaning, mathematically simple. Sure, it was simple enough, but only (when) Nash had pointed it out. As a practical advance in game theory, it was far from trivial.

The year 2000 saw a landmark in the use of game theory. It was pure Von Neumann: a lanky computer scientist by the name of Chris "Jesus" Ferguson won the World Series of Poker using the game theoretic calculations he had developed, run on powerful, modern computers, and committed to memory.

Game theory has a lot to contribute to the analysis of life, love and economics. But the game will only go according to plan if you're sure the other fellow knows the rules. In the immortal words of Dalton from Road House, "Be nice, until it’s time NOT to be nice".

(Update)
Sadly, Chris was a primary component of the Black Friday debacle.