The Two Primary Principles of Poker 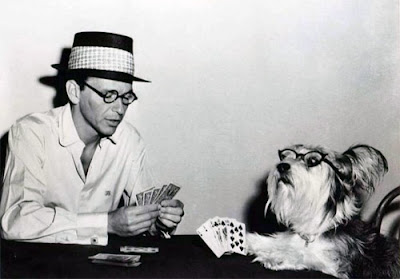 Principle 1
The goal is to MAKE a PROFIT. The goal of Poker is not keeping up with the amount of hands that most players play, but to earn money.


You'll do better if you gamble less.
You should be having fun, but note the players around the table and the gains and losses for each. You'll see that most of the losers are those who play the most hands. Keep in mind that some players look for luck, and occasionally find it and their stack will grow until bad luck also finds them, because they are playing too many hands. You want to play against those players that look for luck, but play only the good hands and you will reap rewards from their bad luck.


Why? Because they often engage in more hands, as they have weak cards in hands that will not allow them to beat their opponents. They are also looking to keep the number of players who will want to see the next card down to a minimum, heads up if possible. They also look for weak players or players who don't play many hands, so you may have to play some marginal hands if you're the next to bet and the loose aggressor is the only other one in the hand. Play some marginal hands or limp, but only about 20% to 25% of the time. Look at your watch when you have to make that decision, if the second hand is on between the 9 and the 12, go ahead and limp. It's a random bet and it will keep them from pushing you too often. Using 10 to 12, if out of position, is about 17% (counting the 12) and using 9 to 12, in position, is about 23% (not counting the 12). Randomness will keep them guessing and improve your tight image.


The goal is to earn money, not to make a killing, so try not to over bet if you don't have the nuts or if you want them to think you have the balls. Be prepared to give up a good hand if you think you're beat. It's the art of "You have to know when to Hold'em and know when to Fold'em".

Ask yourself the question: What differentiates playing your game from your opponents play?

Answer: Your 2 pocket cards. Everything starts from pre-flop action.

After the flop, everything is a contest between a DRAW and a MADE hand.
You must commit yourself to a hand only if your pockets cards give you an edge over your opponents or a reasonable probability of success.


And psychologically in all this, where is the famous BLUFF in Poker?
Contrary to popular belief, bluffing is rarely used and not even a practice used very much by professionals in Poker, except in heads up play and shorthanded games. It looks good on TV, it's supposed to. That's why the shows are successful, but they are not really teaching you good poker. Real poker, live poker, would be boring if it wasn't for the sensational or dramatic surprise.

Before talking about psychology, think about technique and strategy. Continually read about and watch good poker. 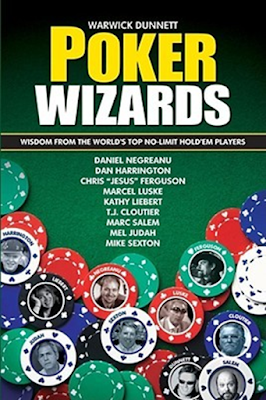