Poker's Mental Midgets and the art of Russian roulette 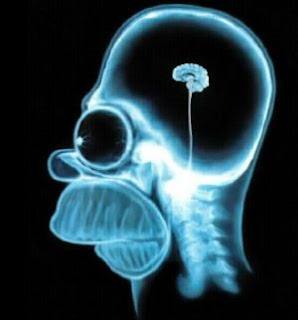 You are tied to your chair and can’t get up. Here’s a gun. Here’s the barrel of the gun, six chambers, all empty. Now watch me as I put a single bullet in the gun. I close the barrel and spin it. I put a gun to your head and pull the trigger. "Click". Lucky you!


(This is actually one of the game theory settings in learning game theory, but, using one or two bullets)

Game theory is the study of strategic decision making. Specifically, it is "the study of mathematical models of conflict and cooperation between intelligent rational decision-makers." The use of game theory in the social sciences has expanded, and game theory has been applied to political, sociological, and psychological behaviors as well.

Ok, do the math, then watch 'The Deer Hunter' movie for an interesting take on the mentality of Russian roulette players, or lack there of.

Mental Midgets play poker as if they are playing Russian roulette, willing to fire or go all-in preflop, hoping that:
If the Mental Midget does this with one of the top 10 hands, which is also not usually the case, they are likely to be at best a 60/40 favorite, as most challengers will also have a good hand, probably at least a top 20 hand.


The problem with this strategy is that it works every time but once and the problem with Mental Midgets is that they don't know when to stop and they end up shooting themselves eventually. Worse is that since there tends to be more than one Mental Midget at the same table, the luck factor is elevated beyond 50% and you now have at least 2 dogs fighting it out. I like to call it the 'Michael Vic' factor. I really like it when there are several Mental Midgets fighting it out and 3 or 4 of them are eliminated on the first hand, since I like to play multi-table sit-n-go games.


Not to be confused with the 'Kill Phil' strategy put forth by Rodman/Nelson or 'Kill Everyone' strategy by Nelson/Streib/Lee, Mental Midgets do not have any viable plan to win the tournament anymore than those who enter a tournament only to 'sit out' for the entire tournament hoping to get 'in the money' in the end.

Poker pros rarely go All-in before the final table and even more rare is an All-in bet - preflop. It's usually because they think they have the best of it or they are at a point where their stack will be too low to make the correct bets if they are going to see their hand all the way to the river. Except for the final table, good players don't really gamble on poker and they don't use the All-in bet as a bluff, unless they can afford to lose and they will still have a decent amount of chips to get back in the game.


In that scenario, no one would ever die. However, revolvers 'click' as they are spun because there is a ratcheting mechanism which causes drag on the spin and allows the bullet to stop - anywhere. Then the 'cocking and/or firing, ratchets the chamber for the firing pin, which will move the chamber either into or out of the correct position to properly strike the bullet casing.