The Power of Isolation 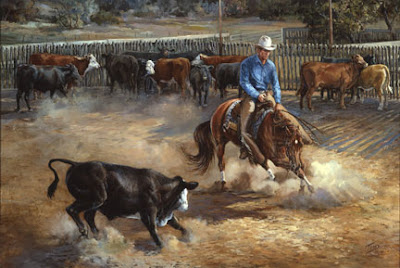 The Power of Isolation

Whether it’s a tournament game or a ring game, Isolation is the key to building your stack. The object is to attempt to limit the field with your premium hands. Loose players use it to bluff or semi-bluff, some overuse it. Playing the isolation game is dependent on the ratio of BIG BLINDS to your stack size. You can limit the field with almost anything other than AA or KK, but always make at least a small bet when in position with AA or KK. Slow playing AA or KK can lead to big losses. The optimal situation is to have at least 100 Big Blinds.
Arnold Snyder uses a Competitive Stack Factor of 60 big blinds as a minimum stack size to be competitive.

The first person to bet has the power. Position can change with each street, until heads up.

An A or K or Q will hit the flop 50% of the time or hit by the river 50% of the time. If you don't have one, someone does. You can almost estimate 10% for each player at the table, including yourself. With 8 players, it’s at least 80% that someone has an Ace, King, or Queen in their hand.

Pre-Flop: About Position: You are either IN or OUT!
STACK SIZES:
Less than 100BB: You must play small ball and be cautious with most of your playable hands, don't gamble.
IN POSITION:
Play long ball (raises and re-raises) only with your top 10 hands. Try to Isolate one player, but don’t try to push around the chip leader unless you have the nuts.
AA KK QQ must be raised if you are in position, and don’t be afraid to go all-in, do not slow play. Later you can use this to put others all-in when you think you have the best of it or the flop is "B" or less. (see Flop Ratings)
OUT OF POSITION:
Play small ball when you are out of position.
AA KK QQ can be played for a for a hit and run pre-flop, with a check raise or small bet followed by a re-raise if you are raised, regardless of the number of players in the hand.

Less than 50BB: You must play Tight Aggressive. Don’t gamble, but make the other players gamble. Take away their odds. Make it unprofitable to call your bet.
IN POSITION:
Play long ball (raises and re-raises) only with your top 5 hands.
OUT OF POSITION:
Play small ball when you are out of position.

More than 100BB: Be aggressive, but only in relation to the ratio of other stacks to your stack and position.
If you are the chip leader, you should only bet according to the ratio of stack sizes, not pot size.
IN POSITION:
Always keep the pressure on when you have a playable hand and you are in position.
Switch between small ball and long ball depending on who is in the hand and if you think you are ahead or not.
OUT OF POSITION:
Play according the the pot size until you think you have the best of it, then switch to playing for stacks.
Switch between making probe bets and value bets to disguise your hand. You should only be trying to disguise your hand if you are in the lead and intend to keep it.

Post Flop: About Position: You are either IN or OUT!
3rd Street (the Flop):
The old saying of "if it doesn't fit the flop, FOLD!"
Get in or get out. Let the gamblers gamble. If your hand is not good enough to make an isolation play, keep it small and fold to any raises where there are more than two players still in the hand. The more players in the hand, the more likely you will be beat at the river, if you don't force them out.

4th Street:
The Power of Position reverses at 4th Street (the Turn). You are usually heads-up or three handed at this point.
Power is relevant to the size of your stack (your “Q”) compared to everyone else.
M ratio     Q ratio       Q Calculator
5th Street:
You have what you have. If you weren't betting the best hand or able to control a weak player, you are toast.