Players you WANT at your table 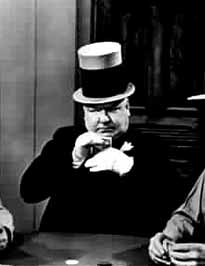 There are certain players who you always want at your table.
For different reasons, the players listed below make great tablemates, and the more you play with them, the more money you'll have in your pocket in the long run. Here is a list of poker players that you should always have at your table.

Players with favorite starting hands
Why is their favorite hand usually something dreadful like K-J or Q-10? All we can do is be thankful and hope that we get them at our table. If they are at your table, you are going to be able to use this information for specific situations that arise. It is probably also an indicator of their general comprehension of the game.
(My favorite starting hand is pocket aces… even though they will be busted some of the time).

Players with starting hands they hate
Ironically, these are usually strong hands like J-J, A-Q or even A-A. If you have these players at your table, watch for sudden over- or under-betting. It may indicate that they are holding one of the hands they hate. This “hate” is really just disguised fear of misplaying the hand, so they overcompensate to one extreme or the other.

Players who believe skill is better than luck
These type of players are very easy to put on tilt. Play some connectors and small pairs until you hit something on the board; then watch them spin out of control.

Players who are human calculators
Their strength of understanding the math down to the decimal point is also their weakness. Just make a bet large enough to destroy all of their pot odds and, unless they are holding aces or kings, you are golden.

These next players may be annoying, but you'll win with them at your table...

Players who think those who raise are bullies
These players believe that you should wait for proper cards to play at the appropriate time and they probably do very well in Limit Hold’em. You can usually tell who they are in a no-limit game because you have gotten most of their chips through numerous small pots.

Players who tell bad beat stories
These players are part of the group that feel skill should always overcome luck -- again, very easy to put on tilt. Give them another story to tell.

Players who are condescending
They are convinced that their poker ability is superior to all others, and they are outraged that you would call them with that hand, blah, blah, blah… The key to these players is that they are extremely insecure. They fear confident opponents and opponents who they cannot push around. I often think of the quote from the movie Gladiator when Russell Crowe’s character says to the emperor, “The time of honoring yourself is soon coming to an end.” you can bet on it

Players who play every hand (Loose players) and players who only play premium top 10 hands (Tight players)
These players are easier to beat and will make your poker experience more profitable. The "Regular" poker players wait all day, every day, for these players to hit their table. Both the loose and the tight players, who can't switch gears, may win some hands in the short run, poker is not a sprint but a marathon and the spoils of war will go to those who can survive to the end. Loose players are likely to reload many times and don't know when to quit, while tight players may only play their initial stack and leave without reloading.

While playing with serious players who win all the time can really help improve your game, having a few flawed players at your table can also help you tremendously. Now go find some new tablemates and win yourself some cash.