The Peter Principle and Poker 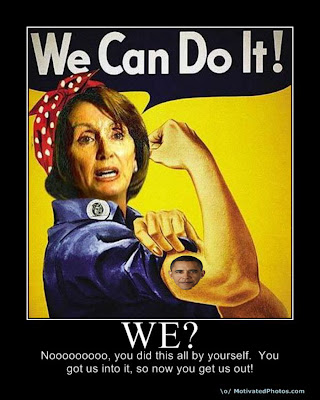 The Peter Principle and Poker
@Flop Turn River
For those of you who aren't familiar with it, the peter principle states that, "successful members of a hierarchical organization are eventually promoted to their highest level of competence, after which further promotion raises them to a level at which they are not competent." I think that this often applies to poker.

These types of stories seem way to common. Person X starts w/ a $100 initial deposit and quickly builds it up to $300 or so playing $10 NL. They then move up to $25 NL...all goes well and their bankroll swells to $1000 dollars. They, again, promote themselves to $50 NL and things go great! Their bankroll soars to $3000 and they are running hot. Then, they move up to $100 NL and...Disaster. They are getting stacked left and right. Their monsters never get paid off and their bankroll is decimated. Soon they have dropped 2/3 of their buy in and are faced with either dropping down a level or busting out completely. Now their ego comes in and tells them that they shouldn't drop down as they are "too good" for these limits etc. Before they know it they are broke and forced to grind it out w/$50 at 10 NL again.

I think that this is a situation where a poker player falls victim to the peter principle. In effect, he continues to promote himself up levels too quickly when he has not played enough hands at that level to truly judge his competence. This is worsened by the fact that he or she could simply be running hot at a level where they are not truly skilled enough to play at and when his or her game is full of leaks. Once they reach a level at which they are not competent their ego refuses to let them back off and plug leaks at the low limits and destroys them completely.

To avoid the peter principle, I suggest getting software like poker tracker and track the number of BB won per 100 hands over 30K hands or so. This will give you a great idea of whether or not you are truly beating the game. I also suggest not immediately moving up to a new level when you have the right bankroll to do it. Play a certain number of hands in each level and observe the other games before you move up. Put the oppents hands into PT and see how they play. Know what you are up against and choose your games wisely! Think of this as getting reconnaissance on the other players. Poker is a game of information and the more you have the easier it is.

In closing, Don't fall victim to the peter principle. Know your skill level, know your opponents, know your limits and don't move up just because you have a nice bankroll.

Another view comes from @CardSharp
“In a hierarchy, every employee tends to rise to his level of incompetence” - Dr. Lawrence Peter, The Peter Principle
“In a cardroom, every player tends to move up until he can no longer beat the game”.

Any plan for your poker career must insure that your skills increase at a rate adequate to keep up with the stakes you are playing. If your plan doesn’t account for this, it is doomed to failure.

I've chosen to call the process of managing your career such that you stay in games you can beat “Conservative Bankroll Management” but it could just as easily be “Conservative Poker Career Management” - that’s just not as catchy. In any case, here’s what I believe you have to know and do to avoid the Peter Principle trap:
@In Defense Of Grinding - The ‘Peter Principle’ And Poker